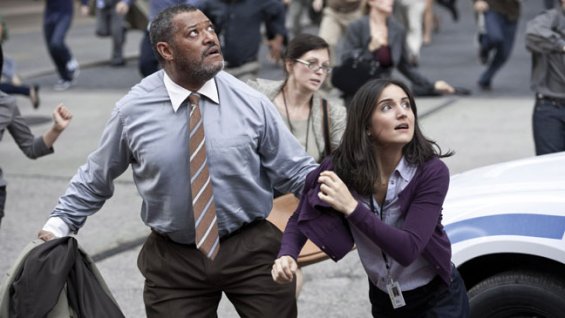 s there not a more interesting story to tell using these kinds of characters that isn’t just 100% shock-and-awe tactics. How long is it going to be before kids shrug their shoulders at one of these films and the audience pulling power of a $200m blockbuster starts to wane?
https://electrokami.com/wp-content/uploads/2013/06/man_of_steel_destruction_a_l.jpg 318 565 Electro Kami Staff https://electrokami.com/wp-content/uploads/2018/01/electrokami.png Electro Kami Staff2013-06-29 08:48:492018-08-26 21:15:14No More CGI Destruction of Cities Required, Please

The seventies and eighties weren't such a good time to be a nerd. It was an era when soldiers, jocks, and corporate men ruled the world, and D&D players weren't likely to get the girl. As the decades went by, the dynamic changed enough that Jocks were hiding inside on sunny days playing video games (even if it was Madden NFL) and the Nerds made it outside long enough to notice that having a tan ain't that bad. However you want to put it, things have changed enough that it isn't such a black spot on your rep to admit that you're into stuff that once would have gotten your underwear run up the flagpole.
https://electrokami.com/wp-content/uploads/2018/01/electrokami.png 0 0 Electro Kami Staff https://electrokami.com/wp-content/uploads/2018/01/electrokami.png Electro Kami Staff2011-05-11 13:23:492018-08-26 21:15:15Turns out the real plot for Revenge of the Nerds was the assimilation of the masses into their collective. Not unlike what the Borg would have done.
Scroll to top